Oil is one of the things we use every day in the kitchen. Oil can contain a lot of nutrients, despite being accused of having too much fat and calories. In the past, sunflower or rapeseed oils were the top sellers. Healthier, unrefined, organic vegetable oils like olive oil are becoming more popular these days.
When you are choosing oil, you have to decide where you’re going to use it. If you will use oil as a dressing for salad, sauce, soaking bread or grilled vegetables, then it is especially important to choose a good and high-quality one. The quality of the oil depends on how it was made.

How to choose good quality oil?

Refined oils are dissolved in chemical solvents and heated. It extends their shelf life, but such oils are just fats with no biologically active ingredients. The heating process destroys all plant’s flavor and food made using such oil won’t make you feel full.

Cheap refined and hydrogenated oils usually have neither a specific taste nor odor and are completely neutral. However, it also doesn’t have any valuable nutrients – only calories. It’s not surprising that all nutritionists warn us to avoid hydrogenated fats.

The most useful oils are fresh, unrefined, cold-pressed oils. In the process of production, raw materials are not heated, but pressed naturally – using mechanical presses. Raw materials and technological processes are under strict control during this process. The colder the oil is squeezed, the more valuable it is. Cold-pressed oils preserve not only valuable plant substances, but also maintain all the taste, color and aroma of the plant. During production, such oil is not heated or exposed to chemicals, preserving its beneficial properties.

Which type of oil is good?

There is a huge choice of oils you can use such as: flaxseed, olive, sesame, argan, walnuts, apricot kernels, cucumbers, avocados, nightshade, pumpkin seeds, coconut or red palm oil. I’m e only talking about oils under mechanical pressure (usually called cold-pressed oil). It’s not worth mentioning the refined ones – because it has no valuable nutrients, no plant-like taste or smell. It has a long shelf life, no nutritional value, and a low price. Almost everyone is used to the taste of neutral oil. Nevertheless, after trying different types of high-quality oils, most people don’t want to go back to regular oil.

Cold-pressed oils contain nutrients such as vitamin E and plant sterols. Flax seed and hemp oils, are rich in omega-3 fatty acids and less known red palm oil is a natural source of vitamin A. Choose your favourite oil according to your taste and nutritional properties, and make sure it’s organic and cold-pressed.

Olive oil is a must in the kitchen. Especially during the summer when there are so many fresh salads available. It is the basis of the famous Mediterranean diet, and the main ingredient in Southern European cuisine. Olive oil is healthy for the bloodstream: polyphenols help protect blood lipids from oxidative damage. One tablespoon of olive oil (13.5 g) contains: vitamin E: 1.9 mg (10% of DV), vitamin K: 8.1 µg (10% of DV).

The largest consumption of olive oil is in Republic of San Marino, where an average use of olive oil per person is around 24 L per year.  Greece, Spain and Italy consume around 14 L. Tunisia, Portugal, Syria, Jordan and Lebanon use around 8 L. Northern Europe and North America consume 0.7 L. The biggest olive oil producers and suppliers are: Spain, Italy, Tunisia, Greece, Turkey, Morocco and Portugal.

The quality of oil depends on the extraction method. The colder oil is squeezed, the more valuable it is in terms of nutritional properties and has a wider range of flavors. A self-respecting Italian olive oil producer would never squeeze the oil from olives lying on the ground. He would sell them to a producer of refined oil. Oil flavors depend on the type of olives, their preparation speed, picking time. High-quality olive oil producers don’t use pesticides or herbicides. They simply take good care of the olive trees and follow the exact technological production process.

Tasting is the way to find your favourite kind

You can find out everything about oil by tasting it. Professional olive oil tasting is much like wine tasting, and requires well-developed senses and skills. It is important to know that if you are tasting pure olive oil, it will taste sharper than with bread or vegetables. It is advisable to smell the oil before tasting it. Good olive oil smells of olives and greens. The proper way to taste it is by dipping the neutral taste bread in the oil. 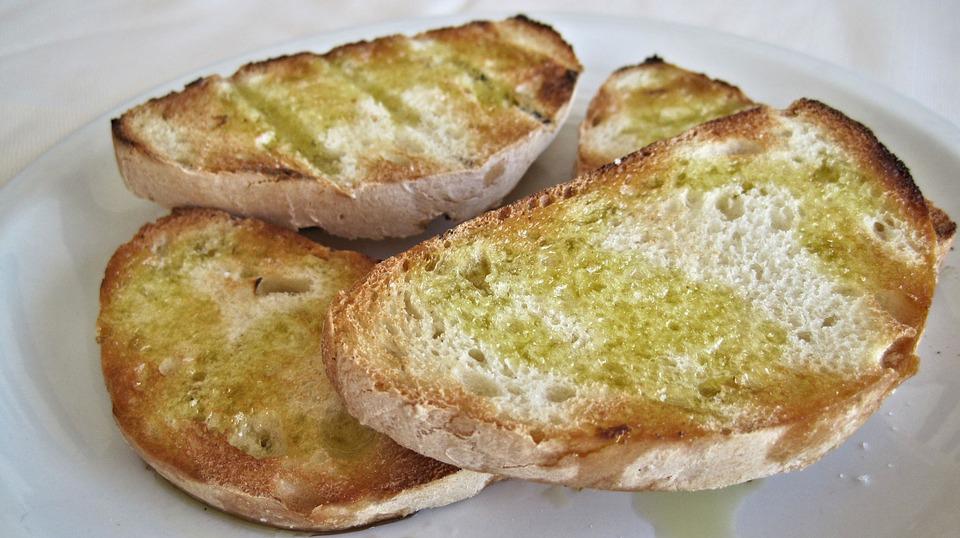 The taste of the oil reflects its nutritional value. The range of good taste olive oil is wide, by the way, like spices – it is sweet and bitter, sour and spicy. Therefore, you can feel a variety of flavors and aftertaste. The variety and abundance of flavors is a sign that the oil contains substances typical for olives, because they weren’t left lying in the row near the press, the oil doesn’t get pressed at high temperature, bottling doesn’t happen in an unprotected environment and are kept away from the sun.

Combinations of tastes are endless. It mainly depends on the mixture of olive species used. There are several hundred olive species growing in Italy. All of them have different flavors and nutritional properties. What specific flavor combination you like is just a matter of your taste. It is not true that only spicy oil is valuable, or only sweet. The rich flavor of the oil speaks volumes about its nutritional composition. The saying “bitter” doesn’t mean much as there is normal bitterness in the oil as part of the flavors. However, the oil itself may also be rancid. Olive oil is quite stable. If produced and stored properly it stays good for a year. Once opened, the bottle should be consumed within a month. 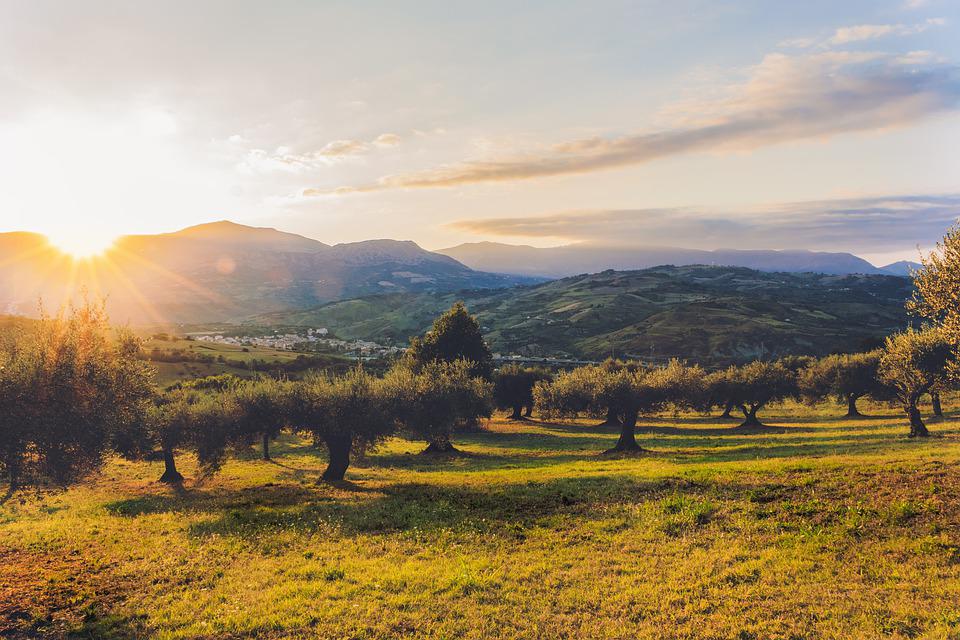 The highest quality of mechanically pressed olive oil is labelled as “Extra virgin“.

It’s also important to know if it is organically grown or from a farm that uses pesticides or herbicides. It depends on how many chemicals the olives have absorbed, because their residue inevitably ends up in the oil you use, even though the taste receptors do not capture them.

The environmental friendliness of olive oil has another added value: it is an additional certificate of the origin country. The number of sales worldwide for Italian olive oil does not match their capabilities. They are physically not able to produce as much olive oil as they are claiming. This means some olive oil is only bottled in Italy.

Why? Because a label ‘made in Italy’ generally means a higher price. Nowadays, olives are grown in many countries and continents, but the traditions and notoriety of oil pressing are not the same everywhere. Therefore, if you want olive oil produced in Italy, you should look for organic olive oil, especially since it’s not that rare. Organic olive farms in Italy are inspected by the control authorities three times during the season (once a month) and the area of ​​declared organic olive groves is compared with the volume of marketed production. Therefore, foreign raw materials can’t step in.

Virgin olive oil is a lower grade olive oil and is considered to be tasty, but may include some sensory defects. Olive oils that are graded as Extra virgin and Virgin can not contain any refined oil.

Refined olive oil is the olive oil obtained from any grade of virgin olive oil by refining methods. The refining process removes color, odor and flavor from the olive oil. This leaves behind a very pure form of olive oil that is tasteless, colorless and odorless and extremely low in free fatty acids.

There’s also extra virgin olive oil available on the mass market. It has no subtle flavor, and economies of scale make the price lower. There’s a lot of culture involved here, and the original products are valued according to farm and olive variety. You’ll usually find more information about ‘branded’ oil than about mass production. It is usually a small family business that’s been around for hundreds of years and has been passed down from generation to generation.

If the oil is labelled as Extra virgin or Virgin oil, it will be written on the bottle. Such description is a testimony that the oil is cold pressed (unrefined). However, read all notes carefully. The inscription 100% olive oil is often used. This means that this oil was not diluted, but it does not say anything about the category of the oil itself. 100% pure olive oil is usually a mixture of virgin and refined oils. That is why I still recommend choosing the bottle with the note “Extra virgin” or “Virgin” on the label and the additional note that it is mechanically pressed and unrefined. Producers, who press the oil in the most sustainable way, will sure mention this.

How to use olive oil?

Choose the best, the most delicious, the most gourmet olive oil. You can have it with light bread, rice, tomatoes or grilled vegetables. You can add oil with a lower taste expression to the mixed salad. If you decide to drink oil on its own for health purposes, you should also choose the richest flavor – because it has the best nutritional composition.
You could stew and fry in olive oil. This is what famous chefs and chefs of typical Italian cuisine do. But it is worth considering the price here. Heated oil loses all its beneficial nutritional properties and flavor richness. It doesn’t become harmful when heated, but loses most of the benefits. In any case, it’s a pity to spoil and waste good oil in this way – you can use cheaper fats for frying.

For some people, olive oil is still a new product and its taste is often unfamiliar. It can taste bitter, sharp or otherwise weird. When you are choosing your favourite, it is important to pay attention to the differences mentioned earlier. If olive oil tastes too bitter, see if it’s extra virgin, remember where you bought it and check the expiration date. If it’s cold pressed, made no longer than 12 months ago, and you aren’t keeping it on a table or windowsill, it means everything is basically fine, it’s just not to your taste. It’s worth trying out other varieties, because finding your favorite is a real treat of taste. 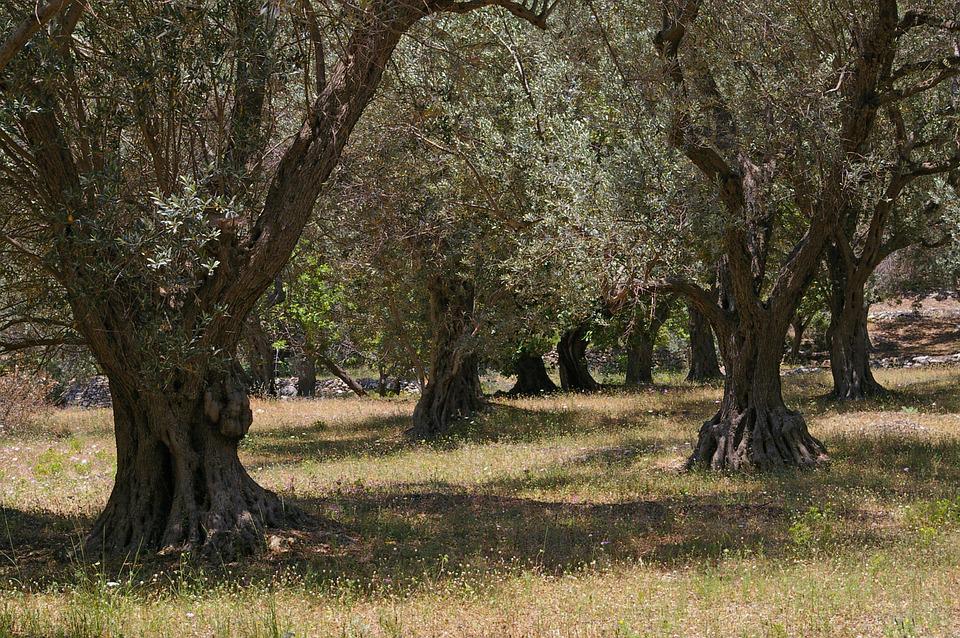 Cosmetics made from Petroleum: are you still using it?

Workout plan: How to start

Grace Kelly and Prince of Monaco

Yelling at kids. Tips to manage your anger

Body detox: tips to rejuvenate your body with...

Yelling at kids. Tips to manage your anger

Body detox: tips to rejuvenate your body with detox